composed of outer ring, inner ring, steel ball and cage. It can bear both radial load and axial load, and can also bear pure axial load. It can work stably at high speed. Single row angular contact ball bearings can only bear axial load in one direction. When bearing pure radial load, Angular Contact Ball Bearing this kind of bearing must be installed in pairs because the load action line of rolling element and radial load action line are not in the same radial plane, resulting in internal axial component force.

The code name of this bearing is s70000. There is no lock on the raceway edge of its outer ring, Angular Contact Ball Bearing which can be separated from the inner ring, cage and ball assembly, so it can be installed separately. Most of these are micro bearings with inner diameter less than 10mm, which are used in gyro rotor, micro motor and other devices with high requirements for dynamic balance, noise, vibration and stability. 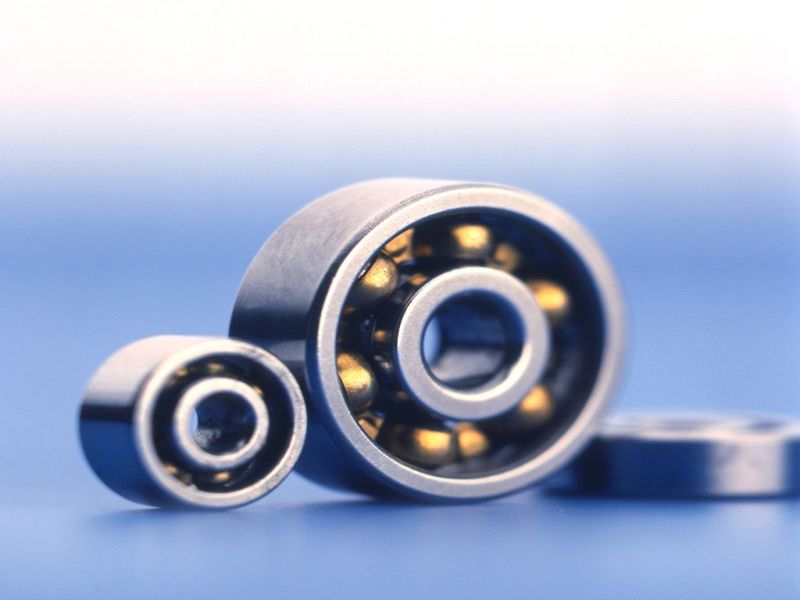 Angular contact ball bearing in pairs are used to bear both radial load and axial load. They can also bear pure radial load and axial load in either direction. This kind of bearing is selected and combined in pairs by the manufacturer according to certain preload requirements and provided to users. When the bearing is installed on the machine and fastened, the clearance in the bearing is completely eliminated, and the ferrule and ball are in the pre tightening state, so the rigidity of the combined bearing is improved.

There are three different configurations of angular contact ball bearings in pairs:

① back to back configuration,

Angular Contact Ball Bearing the rear code is dB (such as 70000 / DB). This configuration has good rigidity, good performance of bearing overturning torque, and the bearing can bear two-way axial load;

the rear code is DF (such as 70000 / DF). The rigidity and ability to bear overturning torque of this configuration are not as good as that of DB configuration, Angular Contact Ball Bearing and the bearing can bear two-way axial load;

the post code is DT (such as 70000 / DT). This configuration can also connect three or more bearings in series at the same support, but can only bear the axial load in one direction. Generally, Angular Contact Ball Bearing in order to balance and limit the axial displacement of the shaft, a bearing that can bear the axial load in the other direction needs to be installed at the other support.

The characteristic of double row angular contact ball bearing is that it can bear the combined load of radial and axial load at the same time, and limit the axial displacement of the shaft.

Compared with the two-way thrust ball bearing, this bearing has higher limit speed, 32 ° contact angle, good rigidity and large overturning torque. It is widely used in the front wheel hub of cars (some models also use double row tapered roller bearings of the same size).

a bearing with outer diameter less than or equal to 90mm. No ball loading notch, so it can bear equal two-way axial load. Light glass fiber reinforced nylon 66 cage is adopted, and the temperature rise of the bearing is very small.

a bearing with outer diameter greater than 90mm. There is a ball loading notch on one side, which is equipped with steel plate stamping cage or brass solid cage.

(3) type E is a reinforced structure with

a ball loading notch on one side, which can load more steel balls, so the bearing capacity is high.