If it continues to operate, an area peeling area will be formed. Due to improper installation or the inclination of the center line between the bearing seat hole and the shaft, the local area of the bearing will bear a large load and appear early fatigue failure.

Material defects and improper heat treatment, too much interference and improper combination design, such as stress concentration caused by grooves on the bearing surface, will form ferrule cracks and fractures.Failure Form of Rolling Bearing

When the external hard particles enter the bearing and are pressed between the rolling body and the raceway, the rolling surface can form an indentation. In addition, excessive impact load can also make the contact surface produce local plastic deformation and form pits.Failure form of rolling bearing

When the bearing is stationary, even if the load is very small, evenly distributed pits will be formed on the raceway due to the vibration of the surrounding environment.

When the rolling bearing is not well sealed, dust or particulate matter enters the bearing, or poor lubrication will cause serious scratch or wear on the contact surface, and increase the vibration and noise of the bearing.

When the current passes through the bearing, small electric sparks will be generated, resulting in local annealing of the contact surface and small pits or black bright spots. If the situation is serious, large pits will appear.

Water or acid, alkali, salt and other substances invade the bearing or the improper selection of lubricant will lead to bearing corrosion. Even if the precision bearing is slightly rusted, the bearing will be scrapped. 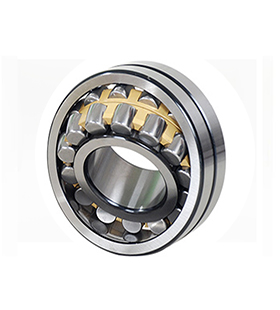 The dust seal ring of imported bearing adopts hook shaped crimping structure, which has the following advantages compared with the existing technology:Failure Form of Rolling Bearing

Good sealing performance and high sealing strength. The reason is that the hook crimping structure of the skeleton effectively increases the elasticity of the sealing ring and greatly compensates the influence of the dispersion of the tooth size. It not only depends on the elasticity of the sealing elastomer, but also the elasticity and strength produced by the crimping structure, which improves the qualified rate of the cover, can be pressed by machine and can be pressed effectively.Failure Form of Rolling Bearing