Study on Spalling of Outer Race of Cylindrical Roller Bearing

Synthetic lubricants (oil and grease) are different from mineral lubricants. They are prepared by chemical synthesis with chemical raw materials. Since the reform and opening up in China, various industries have brought in a variety of synthetic lubricants while introducing many foreign machinery. Foshan KaiDun Lubrication Technology Co., Ltd. and other synthetic oil research and production units have provided hundreds of synthetic oil products for the society. Many enterprises have achieved remarkable results in solving difficult lubrication problems or localization of imported oil products.Synthetic lubricant and Modern lubrication Management

The development of modern machinery requires that lubricating materials must meet the lubrication requirements under many harsh working conditions, such as low temperature, high temperature, high load, high speed, high vacuum, high energy radiation, strong oxidizing medium, long service life and so on. Mineral oil lubricants cannot be said to have no room to improve their performance, but they are powerless on many occasions Breaing. Synthetic oils have excellent viscosity temperature and low temperature properties, good high temperature and thermal oxidation stability, good lubricity and low volatility, and some have excellent chemical stability and radiation resistance.

For example, for bearings lubricated with synthetic grease, the speed factor (d n value) can reach 1 × 106mm. r/min。 Due to the high speed of the train, the bearing speed of high-speed railway wheel bearing increases greatly. Lithium grease is difficult to adapt to the increased speed and axle temperature, while polyurea caidon synthetic grease has been running for 300000 km on 220km / h locomotive, and the effect is good.Synthetic lubricant and Modern lubrication Management

Synthetic oils have good lubricity and friction characteristics. Some people use ASTM d4172 method to evaluate mineral oil, diester and poly α- The results show that the tribological resistance of the two synthetic lubricants is much better than that of mineral oil, and the friction coefficient is 20% ~ 35% lower. 21 reciprocating compressors and 11 screw compressors produced by 7 manufacturers were tested with caidon diester compressor oil of the same viscosity grade instead of mineral oil-based compressor oil. The results showed that the power was saved by 4.4% ~ 13.5%.Synthetic lubricant and Modern lubrication Management

The friction coefficient of polyether synthetic oil is 0.01 ~ 0.02 (mineral oil with the same viscosity is 0.02 ~ 0.06), and it still maintains a low friction coefficient under high load. Compared with mineral oil, this type of worm gear oil can not only reduce the friction heat (the oil temperature decreases by 5 ~ 8 ℃), but also improve the transmission efficiency by 25% ~ 30%. The printing and dyeing plants in Tianjin, Chongqing and Xi’an used caidon synthetic heat setting oil instead of mineral oil on the heat setting machine, and the power consumption of the motor was reduced by 30% ~ 80%.Synthetic lubricant and Modern lubrication Management

The world’s major oil companies have carried out a large number of vehicle engine bench tests and driving tests, which show that the use of synthetic oil can directly save fuel by 3% ~ 5%. Using the excellent low-temperature performance and viscosity temperature performance of synthetic oil, synthetic oil with low viscosity can be mixed into a variety of engine oils. Low viscosity means low internal friction. It is generally believed that if the friction coefficient is reduced by half, the corresponding fuel consumption is also reduced by half.Synthetic lubricant and Modern lubrication Management

3. A simple way to simplify varieties and reduce consumption

A variety of lubricants will bring a lot of inconvenience to procurement, storage and use, and even cause misuse. Simplifying lubricant varieties and reducing lubricant consumption are the hope of lubrication managers. The use of synthetic lubricants is a simple way to achieve this goal. There are more than 20 kinds of greases originally used by Qinling electric factory, most of which are mineral oil soap base grease. Drying due to evaporation of base oil during storage and bearing oil rejection often occur during high-speed operation. They selected three items: colloid stability, evaporation and high-altitude high-temperature evaporation, and conducted comparative tests on 15 kinds of grease, which proved that the tested synthetic greases were better than other greases. After, five kinds of caidon synthetic greases were determined to replace the original more than 20 kinds of greases. There are 3196 bearings of SSJ suspension conveyor in the paint baking production line of Chang’an machine manufacturing plant, which produces mini cars. Caidon sealed bearing grease (synthetic grease) is selected. Under the harsh environment of acid, alkali, phosphating solution spray water, spray fog, high-temperature drying and so on, there is no bearing jamming or other accidents.

The driving gear box of the third polycondensation kettle of polyester plant of Tianjin Petrochemical Company originally used imported mineral oil type heavy-duty industrial gear oil. In less than 8000h, vibration and noise increased, oil sludge and gum on the inner wall of the box increased, and coking occurred. The fully synthetic caidon semi fluid grease has been used for 16000h. The noise and vibration are normal, and there is basically no coking and oil sludge. The motor bearing of the mixing fan blade on the top of the well heat treatment furnace in the heat treatment workshop of Shanghai Diesel Engine factory has been running at a high temperature of 180 ℃ for a long time, and the loss of MoS2 grease is serious, so it is repaired almost once a month. Use synthetic grease caidon high temperature grease with good high temperature performance, which is repaired only once a year. The bearing runs smoothly and the noise is eliminated.

In recent years, people’s voice for the protection of the earth’s environment has become increasingly louder. Some developed countries have legislated and formulated standards to require the use of “green” lubricants that are harmless to the environment. The determination of several base oils according to the European standard method for evaluating the biodegradation of lubricants shows that the biodegradability of vegetable oil is 70% ~ 100%, synthetic ester oil is 10% ~ 100%, mineral oil is 10% ~ 40%, and polyethylene glycol is 10% ~ 90%. The former two are.Synthetic lubricant and Modern lubrication Management 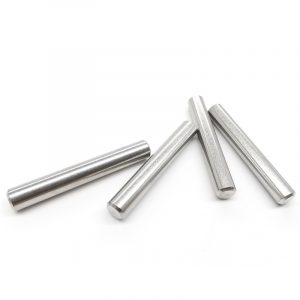 The renewal of lubricant varieties is one of the contents of reasonable lubrication technology. According to the national standard general principles of reasonable lubrication technology (GB / t13608-92), the total economic benefits obtained by using reasonable lubrication technology are equal to the sum of six benefits, such as reducing friction power consumption, reducing equipment oil leakage, replacing parts, downtime, maintenance cost and lubricant consumption. Compared with the original mineral oil lubricant of the equipment, if the reduction of synthetic grease consumption is not enough to offset the increase of its price, the total benefit is negative. But the possibility of negative value is very small; On the contrary, a considerable benefit can be obtained (not to mention the environmental benefits that cannot be included). For example, the roller hearth high-temperature annealing furnace introduced by the fourth branch of great wall steel works was originally lubricated with No. 28 steel rolling oil. There were many problems. The axle grease bearing of caidon synthetic kiln was used instead. Although the price of the former was 3 yuan per kilogram and the latter was 80 yuan at that time, it could save 1800 yuan of grease cost, 41100 yuan of accessories cost, 20000 yuan of maintenance labor and materials cost every year, reduce shutdown, reduce energy consumption and increase output, and create more profits of about 70000 yuan, with a total annual benefit of 132000 yuan