What is low Noise Grease?

Density is a simple and commonly used physical property index of petroleum and its products. It refers to the mass of substances contained in unit volume at specified temperature. The unit is kg / m3

The density can approximately evaluate the changes of oil quality and chemical composition, especially in the process of storage and transportation. If the density of an oil increases or decreases significantly, it can be judged whether it is mixed with heavy oil or light oil.

Viscosity is an important physical and chemical index of lubricating oil. It is of decisive significance for the classification, quality identification and use of various lubricating oils. It is also an indispensable physical constant in the process of design and calculation. The internal friction or internal resistance between molecules when a liquid or semi fluid substance flows under the action of external force.

In line with international standards, we use kinematic viscosity m2 / s, which is commonly used in actual production. The relationship between the two is 1m2 / S = 106mm2 / S (crude oil)

(1) When the viscosity of the engine increases, it will affect the power. If the viscosity is too low, it will make it difficult to start and reduce the oil film support ability.

(2) Most lubricants are classified according to viscosity, which is a basis for selecting lubricants.

(3) High viscosity and poor cooling effect. Due to the slow circulation speed, the number of times through the filter is less, and the washing effect is poor.

(4) Oil with low viscosity is easy to break.

(6) Increase the consumption of lubricating oil.

Oiliness refers to the performance of lubricating oil adsorbed on metal surface to reduce friction, improve oil performance, small wear and low friction coefficient. Such additives are generally polar molecules, which can be directionally adsorbed on the metal surface to form a firm oil film and can withstand high strength. But it cannot play the role of extreme pressure. Extreme pressure lubrication generally has high temperature, which will reduce the adsorption force of polar molecules. Oily agents are usually combined with other additives such as anti-oxidation and anti rust for spindle oil, hydraulic oil, guide rail oil, etc. Therefore, oily agents are generally added under low load to ensure that sufficient lubricating oily agents are effective. At high temperature and high load, oily agents have little effect, while anti-wear extreme pressure agents increase wear under low temperature and low load.

The number of milligrams of potassium hydroxide required to neutralize acidic materials in Ig petroleum products is called the acid value, expressed in mgKOH / g (generally refers to the measured value without additives). The acidity measured in the determination of oil acid value is the total value of organic acid, inorganic acid and other acidic substances, but mainly organic acid substances.

(1) The higher the acid value, the more acidic materials contained in the oil and the stronger the corrosion force.

(2) Judge the corrosivity of oil products to metals

The oil contains less organic acid and will not corrode the metal when there is no water. In the presence of water, even a small amount of low molecular organic acid can also interact with metal equipment to corrode the equipment. Organic acid also corrodes metal aluminum or zinc to generate metal soaps, causing accelerated oxidation and deterioration of oil, and soaps accumulate in the oil to form deposits.Introduction to Common Quality Indexes of lubricating Oil (grease)

(3) Judge the degree of oil deterioration

After the lubricating oil is used for a period of time, due to the oxidation and deterioration of the oil under the action of heat and oxygen, the acidic substances increase and corrode the equipment.Introduction to Common Quality Indexes of lubricating Oil (grease)

(5) The service life of the oil is mainly estimated by measuring the depth of acid oxidation. Of course, other performance tests, such as rust prevention, can be accurate.

The low temperature at which the oil can continue to flow when cooled under the conditions specified in the standard is called the pour point.

When the oil is cooled to the high temperature where the liquid level does not move under the conditions specified in the standard, it is the condensation point.

At present, countries all over the world use pour point to represent low-temperature performance. 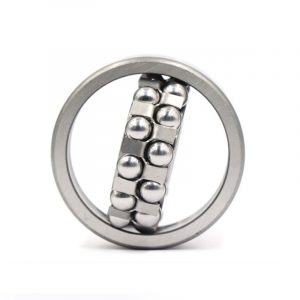 It means that a certain amount of additives are added to the lubricating oil to make the oil have the performance of preventing metal corrosion. Generally, steam and water often exist in turbine oil under working conditions. A large amount of water vapor will not only emulsify the oil, but also seriously rust the equipment. The adhesion ability of lubricating oil to metal is easy to be damaged in the presence of water vapor. A certain amount of extremely strong organic compounds should be added to make it tightly adsorbed on the metal surface and make the water out of contact with the metal, which can play the role of rust prevention.

The evaluation method of rust resistance is generally liquid phase corrosion test. According to the survey of Japanese machinery industry, the amount of corrosion loss accounts for about 2% of GDP, while the cost for rust prevention is 0.06% of the direct loss. It can be seen that rust prevention is of great significance. Generally, antirust oil (grease) is used for long-term antirust, and coating, electroplating and rinsing are used for permanent antirust. Most of the antirust grease is petroleum lubricating oil as the base oil, which is made by adding antirust agent.

This kind of antirust grease is soaked, sprayed and applied under normal temperature and heating conditions. It is coated on the metal surface for protection. It can be washed off when it is stored for a period of time. It is also used in the lubricating oil system (such as internal combustion engine, turbine and hydraulic system) to seal and operate the general antirust lubricating oil, which plays a role in antirust during sealing. When unsealing starts, it will be put into operation directly without changing new oil. In addition, some packaging and storage materials contain long-term chronic volatile gas antirust agents. Generally, the viscosity of finished antirust oil is mostly below 15-20mm2 / s at 40 ℃.

There are three states of water in oil

Water is suspended in oil in the form of fine droplets to make it become emulsion, which can be removed by vacuum drying.Introduction to Common Quality Indexes of lubricating Oil (grease)

Water is evenly dispersed in hydrocarbon molecules in molecular state, which is called dissolved water. Its dissolution depends on the chemical composition and temperature of the oil. The higher the temperature, the more melting. Due to the small amount of melting, it can be ignored.Introduction to Common Quality Indexes of lubricating Oil (grease)

The precipitated fine water particles gather in large water droplets, settle down from the oil and exist in the state of oil-water separation

Generally, in oil analysis, anhydrous (trace below 0.03%) means that there is no free water and suspended water, and the dissolved water is difficult to remove. So what’s the harm of water in oil?Introduction to Common Quality Indexes of lubricating Oil (grease)

A. Water in the oil freezes in winter, blocking pipes and filters

B. The presence of water increases the corrosivity and emulsification of lubricating oil

C. Reduce the dielectric property of oil products, seriously cause short circuit and burn down the equipment

D. The lubricating oil has water, which is easy to produce bubbles and reduce the strength of oil film

G. The high temperature of lubricating oil and water produces steam and destroys the oil film

H. For ester oil, the additive will be hydrolyzed and precipitated. In this case, even if the water is removed, the original performance of the additive cannot be restored

Generally, water in lubricating oil means bearing death. If the oil contains 0.2% water, the service life of the bearing is reduced by half. 3% water leaves only 15%. Once the oil is emulsified, it must be replaced with a new oil. Therefore, the oil filler must be tightened and the oil barrel must be placed in a dry place. If it is stored in the open air, it should be stacked horizontally to reduce the ponding at the bucket mouth and avoid the bucket “breathing” to absorb water.Introduction to Common Quality Indexes of lubricating Oil (grease)