A. Lube base oil,Lubricating Oil Composition

(1) Hydrocracking is a refining process of class III base oil introduced in China in recent years. The exact term “hydrocracking” should be called “hydroisomerization” technology, which is also an advanced technology for refining base oil in the world. From the perspective of technological development, lubricating oil hydrogenation technology has experienced hydrofining, hydrocracking and catalytic dewaxing. At present, it is an advanced hydroisomerization process. Hydrofining only removes sulfur and nitrogen from the base oil and saturates some aromatics to improve the oxidation stability of the base oil. Hydrocracking has two functions of hydrogenation and cracking, which not only improves the oxidation stability of the base oil, but also improves the low-temperature fluidity of the base oil.Lubricating Oil Composition 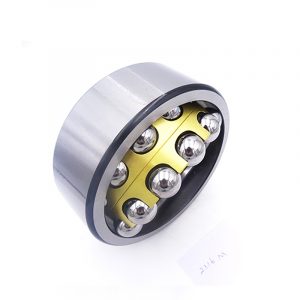 Using this technology can more effectively remove all kinds of chemical impurities in ordinary mineral oil, especially high-pressure hydrogenation, reconstruct the molecular structure, and greatly increase the proportion of components conducive to improving the performance of oil products, such as branched alkanes, so as to improve the performance state of base oil. The base oil made by “hydrocracking” technology has low volatility, higher viscosity index, good low-temperature performance and further improved oxidation stability.Lubricating Oil Composition

In 2004, uni president introduced hydrocracking class III base oil to mix and produce engine oil, which comprehensively upgraded the quality of engine oil in China, that is, the “hydrogenation storm” referred to in the media, made up for the gap that China could not prepare engine oil of corresponding quality due to the absence of class III oil, and made the high-end engine oil of domestic engine reach or exceed the imported engine oil, which is of far-reaching significance.Lubricating Oil Composition

(2) What is the difference between mineral oil and synthetic oil?Lubricating Oil Composition

Lubricating oils for various purposes are prepared by mixing base oils with different grades of viscosity and several additives in different proportions. The main difference between mineral oil and synthetic oil lies in the difference of base oil. The base oil of mineral oil is refined from the residual tower bottom oil after fractionating useful light substances (such as aviation oil, gasoline, etc.) in the process of crude oil refining. In essence, it uses the poor components in crude oil. There are thousands of different mixture molecules in crude oil. Even if the refining technology is refined, it can not remove all the bad substances and impurities. In contrast, the base oil of synthetic oil is ethylene and propylene dispersed from gas or natural gas in crude oil, and then refined into a base liquid composed of macromolecules through complex chemical reactions such as polymerization and catalysis.Lubricating Oil Composition

In essence, it uses the better components in crude oil, which are chemically reacted and achieve the expected molecular morphology through artificial control. Its molecules are arranged neatly and have a strong ability to resist external variables. Therefore, synthetic oil has a better constitution, and its ability to thermal stability, antioxidant reaction and viscosity change is naturally much stronger than mineral oil. In addition to the above, the mineral oil cannot completely remove the impurities contained in the refining process, so the flow point is high and is not suitable for cold zone operation. Synthetic oil contains no impurities, and its flow point can be below – 50 ℃ If there is a great difference in climate and temperature in aircraft, spacecraft, submarines and other occasions, synthetic oil must be used.Lubricating Oil Composition

(4) What are the benefits of using synthetic oil? Can it extend the oil change mileage?

First of all, let’s review the advantages of synthetic oil over mineral oil in properties. It has good thermal stability and oxidation stability, cold start fluidity, wear protection and fuel saving performance (at the same viscosity level). Therefore, basically, when we use synthetic oil, we can get the following benefits:

2. The engine sound goes down

3. The engine oil is not easy to deteriorate and there is no sludge

Impact on vibration and noise:

c. Effect on lubrication performance:The Cleanliness of NSK Bearing is Important to Heating

Under popular conditions, the filling amount of NSK bearing grease always exceeds the practical demand of direct intervention lubrication, fills the cavity on the holding frame and the bearing cover of the rolling mill, and forms a contour on the periphery of the rolling element. During this process, the bearing temperature rises rapidly due to the resistance of excess grease. Although most of the excess grease is squeezed out at the initial stage of operation, and the grease squeezed in the accessories of the raceway may still be migrated and transformed into the rolling element and brought into the raceway.

In the initial stage of rolling mill bearing operation, most of the lubricating grease is quickly squeezed out of the raceway (less than one minute), and the accumulated lubricating grease is discharged in a small amount one after another in the cycle of bearing migration and transformation.

At this time, the bearing temperature continues to rise until all the excess grease is discharged, which can be called the running in stage of grease.

According to the quality and filling amount of grease in the bearing structure of the rolling mill, this period may last for more than ten minutes or even several hours.