Relationship Between Lubrication Purpose Of Imported Bearings And Bearing Life

1. Fatigue life: the cumulative time before the material of the main moving parts of the bearing reaches the limit and causes bearing failure.

Rated dynamic load: the load that the bearing can bear when the service life is 10000 revolutions.

Equivalent dynamic load: refers to the assumed load that the actual load of the imported bearing is converted according to the operating conditions of the determined dynamic load.

3. Wear life: the cumulative Imported Bearings working time before the clearance of the bearing increases to the specified limit due to normal wear. In terms of today’s bearing industry level, the wear life should be > fatigue life, but in fact, the traction motor is just the opposite. 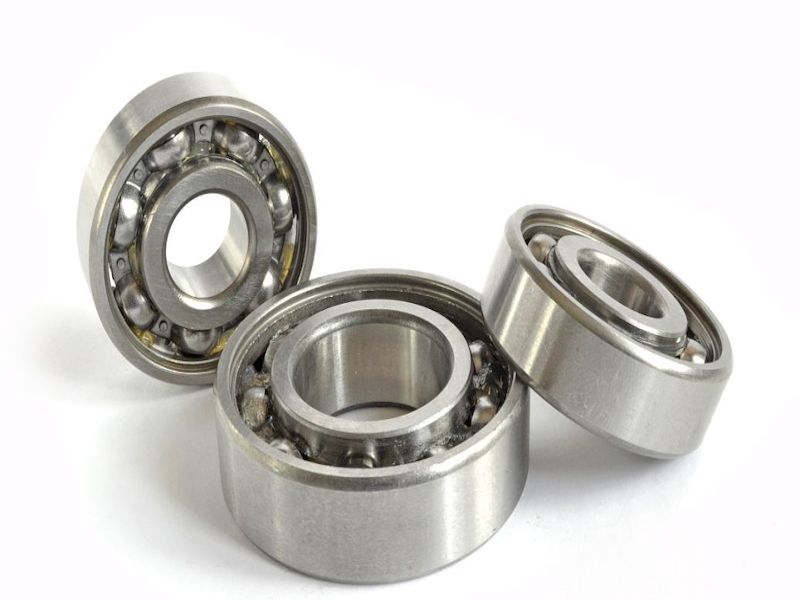 The rolling fatigue life of imported bearings is prolonged when the Imported Bearings rolling contact surface is well lubricated during rotation. This is the great advantage of lubricating bearings, which can increase fatigue life and prolong bearing life.

The contact parts of the ring, rolling element and retainer constituting the bearing prevent metal contact and reduce friction and wear.

Circulating oil supply method can use oil to discharge the heat generated by friction or the heat transmitted from the outside for cooling. Prevent the bearing from overheating and the lubricating oil from aging.

Colleagues can also prevent foreign matters from invading the interior of the bearing or prevent the bearing from rusting and corrosion.

The selection of imported bearing grease must be considered from the following aspects:

Antirust agents are insoluble in water. The grease shall have good adhesion, and the grease used in the imported bearing must have anti rust effect. And an oil film can be formed on the surface of the steel.

During the operation of imported bearings, oil seals are necessary to protect imported bearings and lubricants from foreign pollution. No matter sundries or moisture can penetrate into the inlet bearing to prevent damage to it.

In addition, the bearing must be protected from contamination by pollutants and moisture, and the correct device and lubrication must be ensured. Therefore, the design of imported bearing arrangement, the condition of oil seal, the type and lubrication cycle of lubricant, and even special maintenance all play the same and important role.

Never mix the two oils if they are incompatible. Usually its consistency will soften, and the imported bearing may be damaged due to the easy loss of grease. If you don’t know which kind of grease the bearing used originally, you must completely remove the old grease inside and outside the imported bearing before adding new grease.

grease can be classified according to its allowable working temperature. There is a kind of grease called extrusion resistance or extrusion resistance, and molybdenum disulfide is added. At the same time, additives are added to strengthen the strength of lubricating oil film.

Choose a grease. If the grease is selected incorrectly, all measures to prevent imported bearings are also futile. It is very important that the viscosity of base oil can provide sufficient lubrication effect at the working temperature.

Therefore, it is necessary to know the base oil viscosity at operating temperature. Machinery manufacturers usually specify the use of a certain grease, but most standard greases are applicable to a wide range.